The media constitute a very important factor affecting the image of Polish towns. Thanks to the materials published in the 3rd quarter, the provinces’ capitals gained promotion worth PLN 9.5 billion, according to a report drawn up by “PRESS-SERVICE Monitoring Mediów”.

In the period from July to September, 1.8 million materials referring to the provinces’ capital were published in the press, on the Internet or aired by radio and television stations. Warsaw benefited the most. The capital city’s advertising value equivalent amounted to PLN 2.6 billion. At the second place in the AVE ranking, there is Kraków, followed by Poznań, with respective AVEs of PLN 1 billion and PLN 875.7 thousand. The top five includes also Wrocław (PLN 737.2 million) and Łódź (PLN 648.5 million). The following places are occupied by Gdańsk, Katowice and Szczecin. The top ten is closed by Lublin and Bydgoszcz. The lowest equivalent was gained by Gorzów Wielkopolski – it reached a value of PLN 91.5 million. 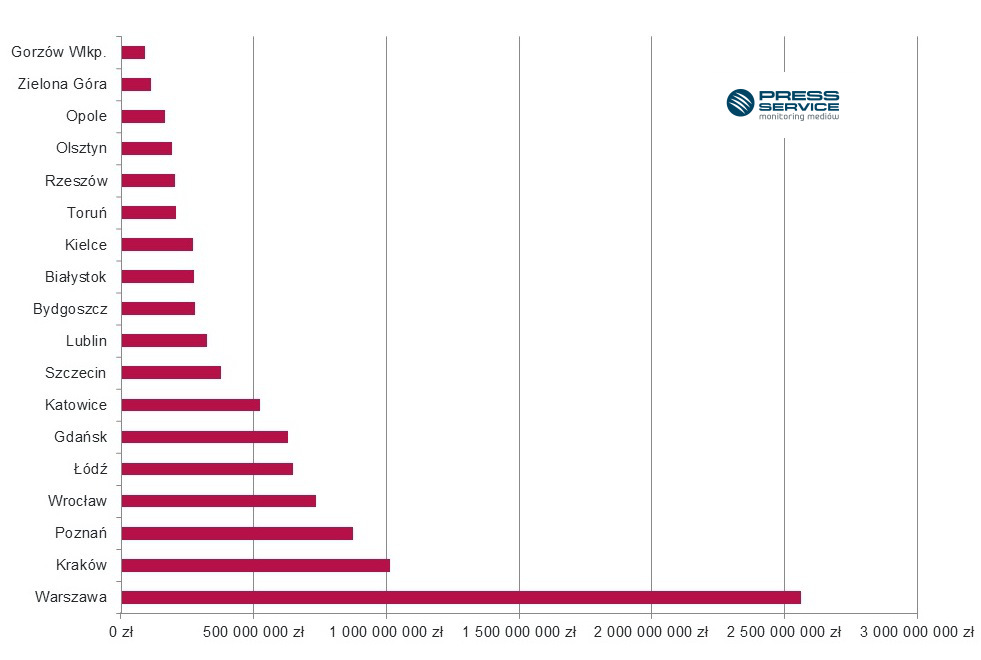 By the number of publications, the ranking is once again topped by the Polish capital city. Warsaw is second to none. The third quarter of 2015 brought 387 thousand publications referring to Warsaw. The number of potential contacts with these materials (impressions) was estimated at 294 billion. In the case of Warsaw, the most active press titles were “Rzeczpospolita”, “Gazeta Wyborcza – Warszawa” and “Gazeta Wyborcza”. The second place by the number of publications is occupied by Poznań (191 thousand publications), which outstripped Kraków (190 thousand) and Wrocław (167 thousand). 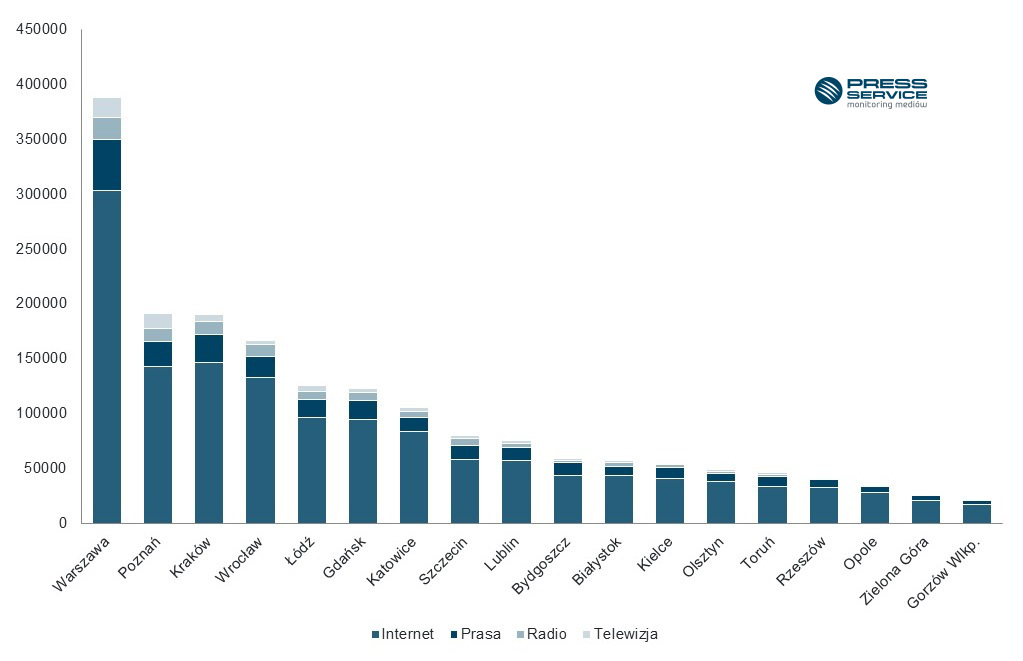 The majority of the materials including the names of province capitals came from national sources (total of 54 per cent). In this type of media, Warsaw, Kraków and Gdańsk dominated. In the regional sources, Olsztyn, Opole and Gorzów Wielkopolski boast the biggest advantage. The regional media gave good coverage also to Zielona Góra and Lublin.

Kraków and Łódź in titles

The capital of Małopolskie Province was the most frequently mentioned city in the titles of press and Internet publications – the city was mentioned 1066 times. Łódź fell to the second place, with 1059 mentions in titles.

On the first two pages of newspapers, journalists wrote chiefly about Warsaw, Kraków and Poznań. 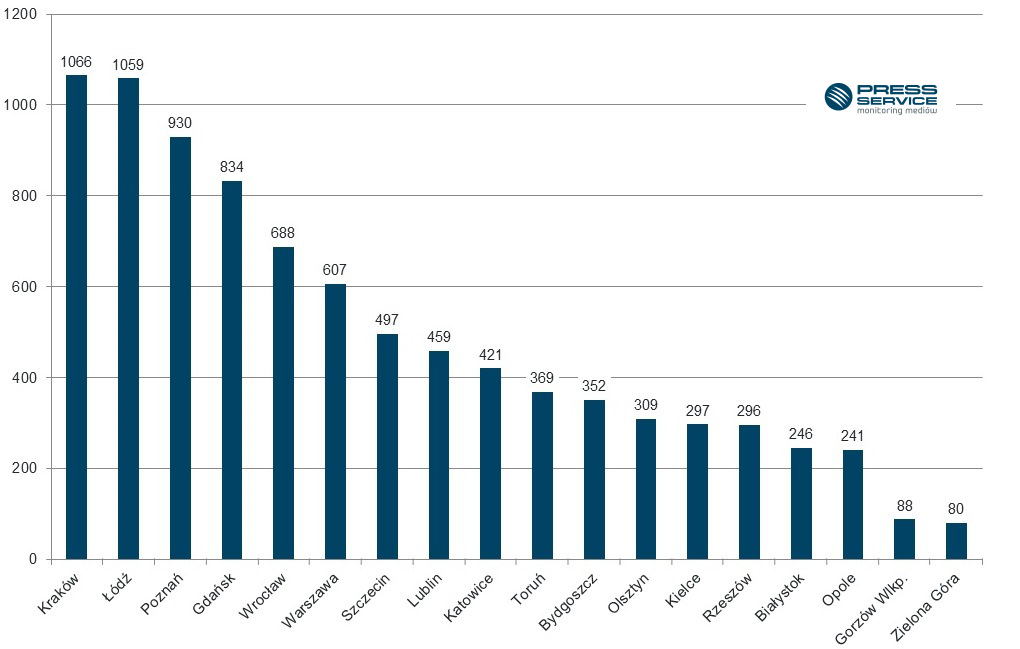 See other reports for the media at http://psmm.pl/pl/raporty-specjalne