YouTubers in the media: Chodakowska reigns

Thousands of subscribers, views and materials worth millions of zlotys. Last year nearly 20 thousand media materials were published on the subject of the 25 most popular vloggers, according to a report drawn up by PRESS-SERVICE Monitoring Mediów. Thanks to the growing popularity of authors of YouTube channels, the portal is becoming an increasingly valuable advertising channel for brands.

On 14 February 2015, the portal celebrated its tenth anniversary of registering its domain. The number of YouTube is still growing. PRESS SERVICE Monitoring Mediów analyzed the media presence of Poland’s key vloggers. The company analyzed the materials published in 2014 in the press, on the Internet and materials aired on radio and television.

The ranking by the number of publications is topped by Ewa Chodakowska, who declassed the other YouTubers. The information on Chodakowska accounted for as much as 25 per cent of the total communication on the TOP 25 Polish vloggers. The second place was taken by SA Wardęga, with a result exceeding 3 thousand materials. The podium is closed by CeZik, who appeared in nearly 1.8 thousand media materials. Results under 1 thousand publications were recorded also by donGURALesko and Step Records. The following places were taken by AbstrachujeTV, Mateusz M, KlejNuty, Banshee and 5 sposobów na. Each of the latter vloggers achieved a result exceeding 500 materials. 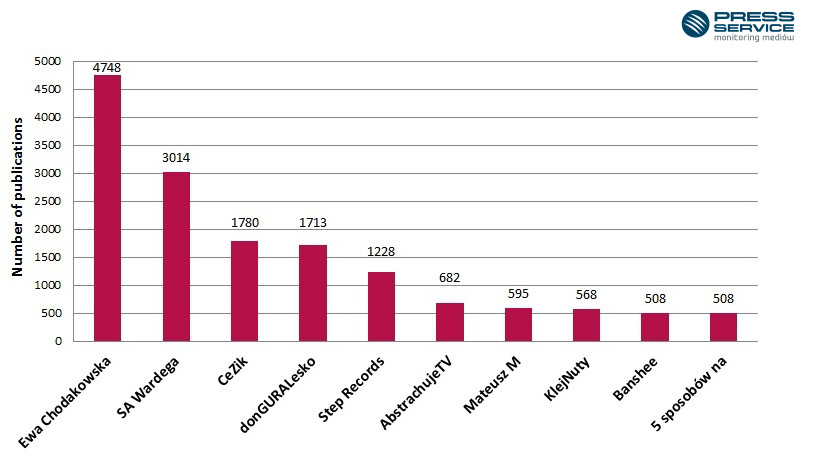 Chart 1. Number of publications on YouTubers in 2014

Chodakowska dominated also the AVE ranking. The advertising value equivalent of the materials dedicated to her was estimated at nearly PLN 70 million! The second place was occupied by Wardęga (PLN 21 million). Changes in the ranking positions, compared to the number of publications, start only at the third place – here we have Niekryty Krytyk instead of CeZik, with a result of nearly PLN 9 million.

Information on the fitness trainer dominates in the Internet – as much as 79 per cent of the materials. The largest number of materials was published by the websites of Eska.pl, Kozaczek.pl and Plotek.pl. A large number of materials were published also in the press, chiefly in pres titles “Fakt” and “Shape”. The successful vloggers on the Internet include also Wardęga, CeZik, donGURALesko and Step Records. Beside Wardęga, the leader (188), the top three vloggers on the radio included also CeZik (138) and Niekryty Krytyk (166). The television leader was Wardęga (183), followed by Chodakowska (134) and Mateusz M (40).

Last year YouTubers were often seen on the covers of magazines. Chodakowska – 30 times, Mateusz M – 28, Wardęga – 10. To the largest majority of vloggers, the end of the year was particularly fruitful. In December, Wardęga recorded an increase in the number of publications of as much as 400 per cent.

PRESS-SERVICE Monitoring Mediów analyzed the media presence of the 25 top YouTubers in a collection of 100 most popular Polish YouTube channels. The analysed materials were the results of monitoring over 1,100 press titles, 5 million Internet sources and 100 radio and television stations. Method: Quantitative analysis of data.