What moves us – Winter Olympics in the media

The 23rd Winter Olympic Games ended on 25 February in PyeongChang. The event was exceptional in many respects, even though it ended with just two medals for the Polish team. PRESS-SERVICE Monitoring Mediów checked how the Winter Olympics reverberated in the media and how the Internet users reacted to the athletes’ competition.

The participants of the 2018 Winter Olympics competed in 102 medal events, in 15 different sport disciplines. Four medal events were organised for the first time. Among the Polish observers the strongest emotions were stirred by the team of the Polish eagles, who won a bronze medal, and Kamil Stoch, who reached for a gold medal.

In the period from 9 to 25 February, 39 thousand materials on the subject of the Winter Games were published on the Internet, in the press, on the radio and television. The largest percentage of the publications, as much as 69% of them, were published on the Internet. Communication released by radio stations accounted for 16% of the materials, with publications in the press and on television accounting for 8% and 7% of the materials, respectively. 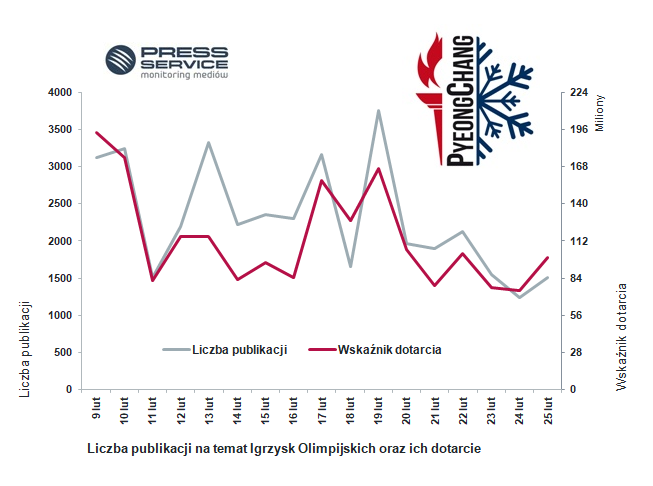 Number of publications on Winter Olympics and their reach

The largest number of materials in the Polish media concerned ski jumpers – in particular, the first Olympic ski jumping event held on 10 February. The materials focused on Kamil Stoch and Stefan Hula. Another peak in the chart showing the distribution of the media materials over time came on 17 February, when Kamil Stoch won a gold medal, and the third peak coincides with the bronze medal won by the Polish ski-jumping team.

Sport portals were some of the most active sources – in particular, Eurosport.interia.pl, Sport.onet.pl, Sportowefakty.wp.pl, Polsatsport.pl and Przegladsportowy.pl. The largest reach was boasted by Radio RMF FM, Radio ZET and Polish Radio 1.

The value of the entire communication on the Winter Olympics in the traditional media was estimated at a total of PLN 255.5 million. The medium with the highest estimated AVE was TVP1 – PLN 32 million. The estimated AVEs of the materials aired by Polskie Radio 1 and RMF FM amounted to less than half that amount. 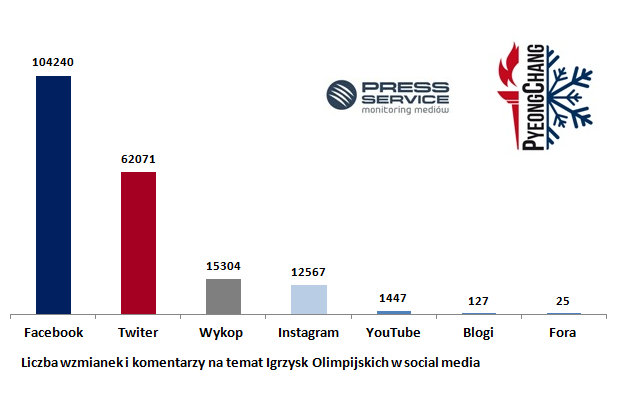 See other reports for the media