Leśna Góra wins, Sandomierz back on the podium

Among the TV-series towns, the fictitious town of Leśna Góra marked the strongest presence in the media in the second half of 2014. In the context of „Na dobre i na złe”, a TV series aired by TVP2, the name of the town was mentioned in 949 materials.

The second place on the podium is occupied by Warsaw, owing to the growing popularity of „M jak Miłość”, a television production of TVP2. The Polish capital was present in 881 materials and it boasts presence in the largest number of press materials. Sandomierz, where „Ojciec Mateusz” is set (TVP1), comes third. Just 18 materials fewer were published about it.

The fourth most frequently mentioned town was Wilkowyje from TV series „Ranczo” (TVP1) – 789 publications. Top 5 is closed by Łódź, mentioned in the context of „Komisarz Alex” (TVP1), which gathered 731 publications. 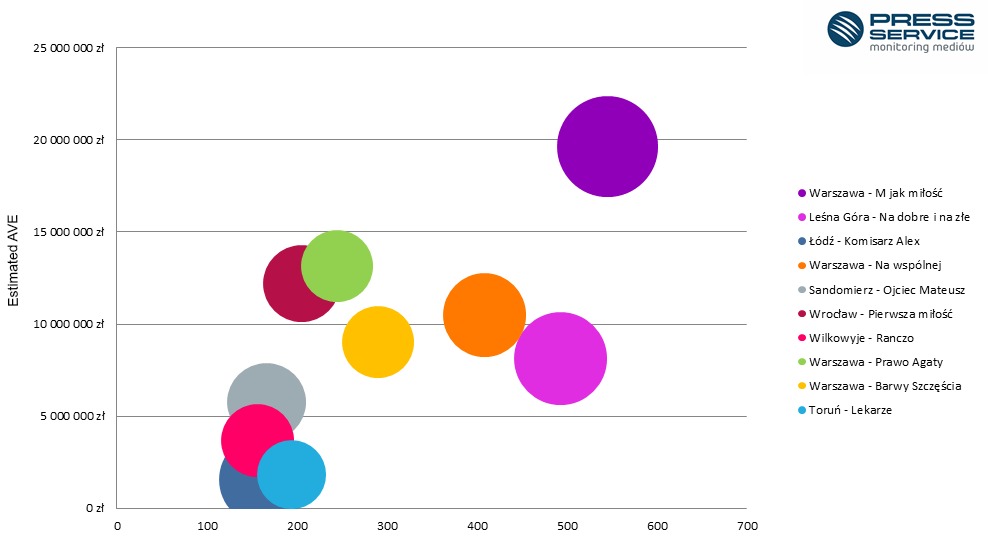 Chart 1. Benchmarking map – TOP 10 towns in the context of TV series by the number of impressions (press, Internet)* and estimated AVE

In the context of TV series „M jak Miłość”, Warsaw outperformed clearly other towns in respect to both impressions, considering press and Internet (545.5 million potential contacts) and the publications’ advertising value equivalent (PLN 20.7 mln). 68 more contents about Leśna Góra could potentially reach 494.4 million people, but the AVE of these materials totalled just PLN 8.2 million. By the number of impressions, the third result was achieved also by the capital city, in relation to TV series „Na Wspólnej”. The advertising equivalent of these publications was estimated at PLN 13.3 million.

Only two towns gained an advantage in regional sources – Łódź („Komisarz Alex”) – 64 per cent of contents related to the town – and Toruń („Lekarze”) – 57 per cent. In the case of Łódź, the most active sources were „Polska – Dziennik Łódzki” (18 publications), „Express Ilustrowany” (14) and Dzienniklodzki.pl (8). Toruń was a frequent visitor to „Nowości” (33), „Gazeta Wyborcza – Toruń” (12), „Gazeta Pomorska – Toruń” (8) and „Express Bydgoski” (7). Six publications were recorded at Internet portal Pomorska.pl.

Another town that marked a strong presence in regional media was Bydgoszcz, whose name was evoked in 29 publications in the context of TV series „Lekarze” and 16 publications on the subject of „Prawo Agaty”. 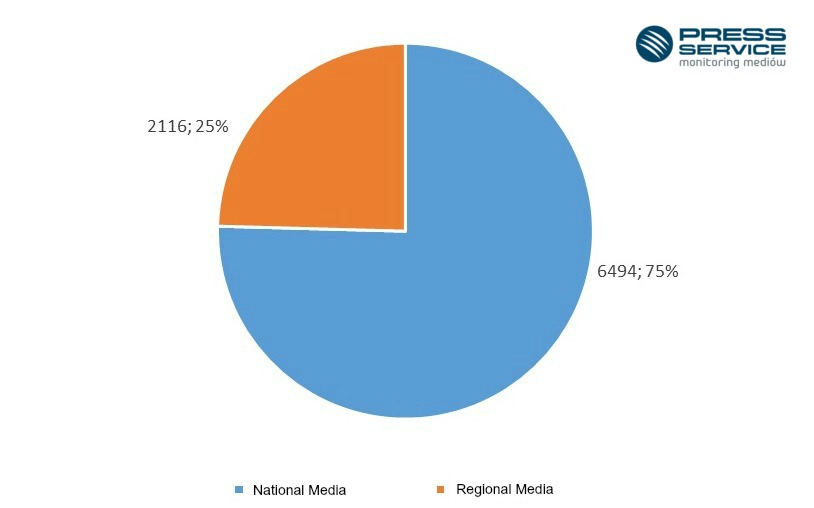 Chart 2. The number of publications on analyzed towns in the context of TV series and their percentage share in national and regional media

Sandomierz still in the lead

The adventure of Sandomierz with TV series „Ojciec Mateusz” continues already for a seventh year now. Once again the analysis conducted by „PRESS-SERVICE Monitoring Mediów” proves that this way of promotion generates a great deal of publicity to the town situated on seven hills. In the second half of 2014, the name of the town was mentioned in 167 press publications, 235 Internet publications, 13 radio and 9 television materials. As a result, the town took the third place in the ranking of the media presence of TV series towns, with a total result of 863 materials. The town advanced one position in the ranking in relation to the first half of 2014 (502 publications) and two positions in relation to the second half of 2013 (394). Sandomierz attracted the attention of chiefly national media – as many as 672 publications, which accounted for 78 per cent of the entire communication on the town. Together with Łódź, the town turned out to be also the leader in respect of page-1 presence in press titles (7 covers). It was also the most frequently mentioned town in social media – it recorded as many as 439 mentions.

In their posts and comments, the users of the most popular social networking sites – Facebook, Twitter, YouTube, Wykop and Forum.Gazeta.pl – were interested the most in Sandomierz. Most frequently, on Facebook, which gathered 337 mentions. Considerable publicity was generated also by Wilkowyje from „Ranczo”, which recorded 337 publications, including 393 on Mark Zuckerberg’s service. Leśna Góra („Na Dobre i na Złe”) gathered 35 fewer publications in total, with Facebook accounting for 99 per cent of the contents. At the following places, there were Grabina (219 materials) and Warszawa (182) from TV series „M jak Miłość”. 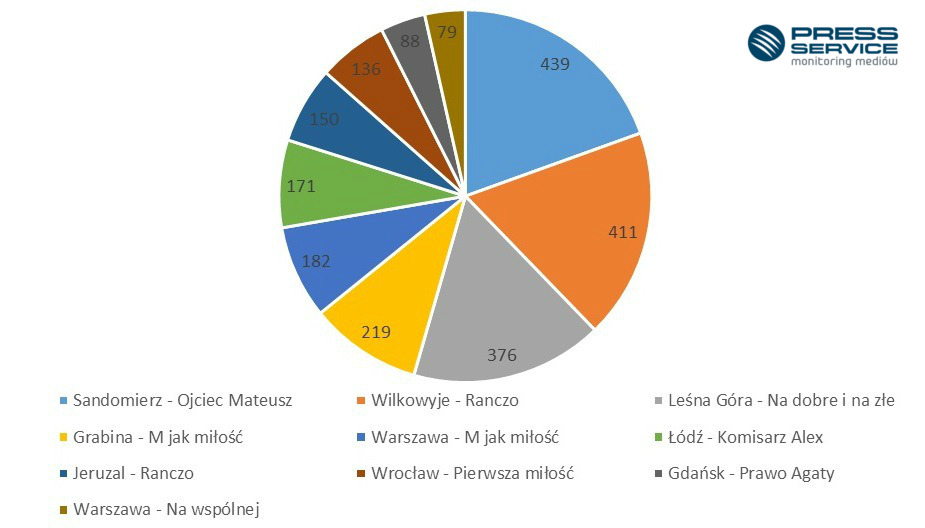 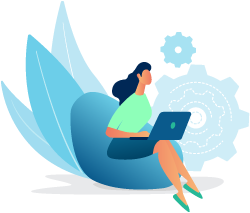